Hello Lovelies,
well my latest project has changed so many times already and it's not finished yet . Do you find that happens to you ? I suppose many of us have set out to make a blanket that has turned into a cushion when we have got bored or become unsure of how much we love our WIP :0)
Originally I was going to make solid coloured squares for my baby blanket ....but for some reason I can't recal I made them with white centres .
On Sunday I laid out my 63 squares and played about with the random colours to try and get them evenly spaced...random is trickier than it looks........ 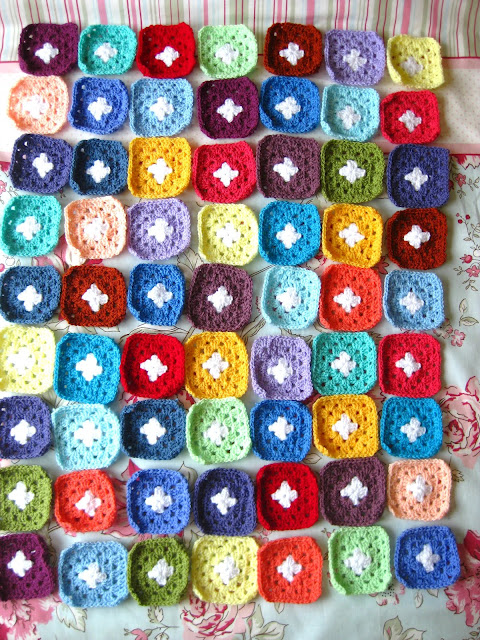 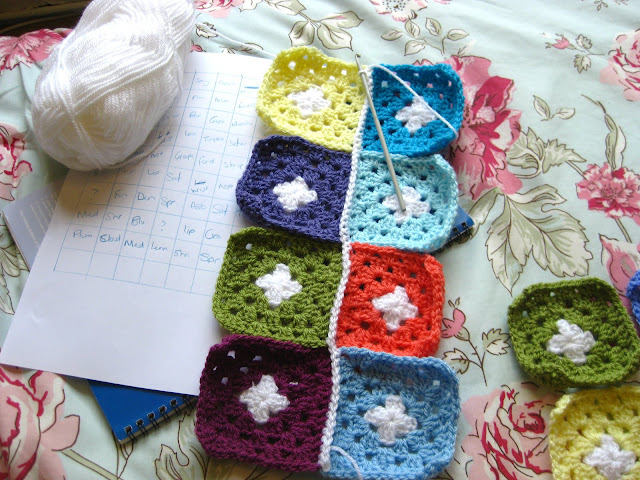 Things were going O.K. though I was feeling a bit unsure how much I liked how this method looked in white.... 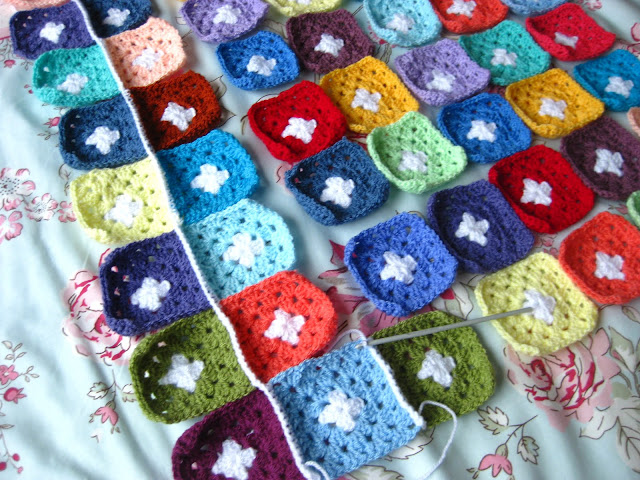 By now it was time to go out anyway. We visited my brother and sister in laws house where the boys have cousins of their own age ( I think they are soooo lucky to have extended family nearby, and so am I )
My lovely sister in law was inquiring about what I was making at the moment. I told her that I was hoping to actually sell some of my crochet this year and that I was making things specifically for that reason.


I've thought about trying etsy or folksy and would appreciate any advice on using these sites.
It turns out I won't be listing my latest project anyway as my SIL said she would be happy to buy 2 baby blankets for a friend who is having twins.........and this friend is 34 weeks pregnant at the monent , and the babies are both girls. Phew 34 weeks ...they could come along any time soon.

Time to put my thinking cap on. How could I make two blankets quickly ??
The answer I came up with was to add a few more pink squares to the ones I already had, abandon the single crochet joining and make a wider white border .
So now I have a box of squares ......... 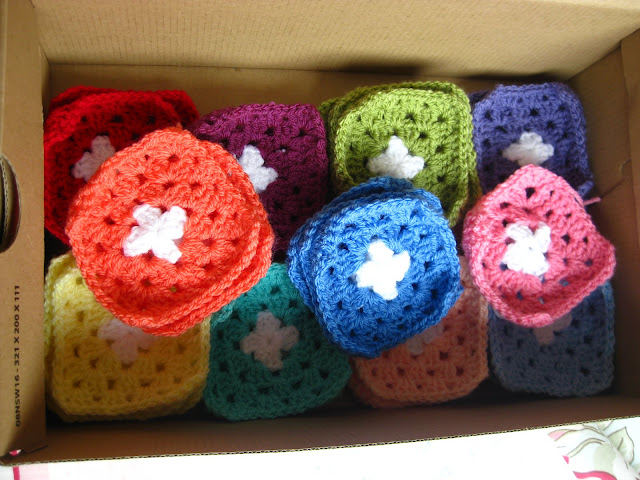 And a Basket of differently  coloured squares......... 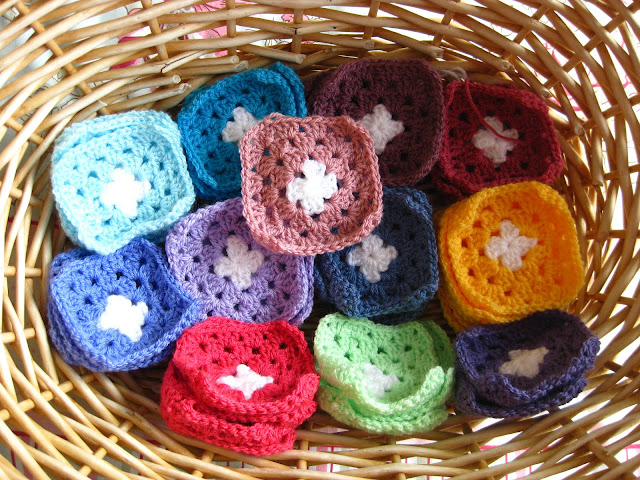 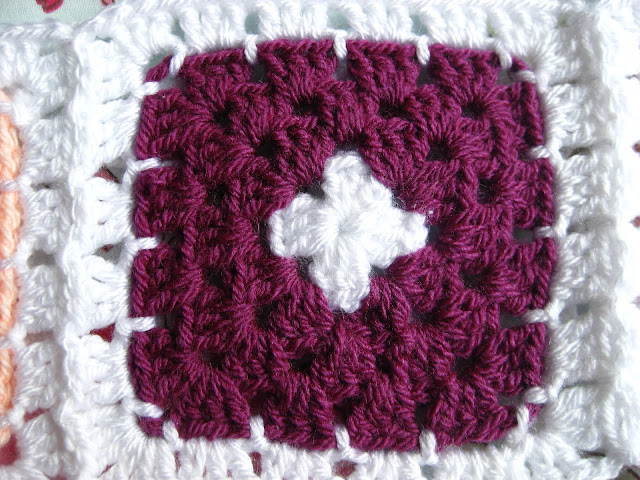 It's going well I think ,so stand by for a twin ta- dah pretty soon :0)

My reason for trying to sell my work is as part of the fund raising I'm doing for a cancer charity I'll be running for this year. I don't tend to mention my running here very often but I'm still loving it ...I may not be fast but I get there in the end :0)

P.S. took the boys to see the new Muppet Movie yesterday (it's half term hols here) it was brilliant fun.
Posted by Jacquie at Tuesday, February 14, 2012