Hello Lovelies ,
I'm in the process of writing out the tutorial for my baby bunny . It should be ready Wednesday I hope .
In the mean time I thought we could have a little chat about Amigurumi.
Strange word that ...just seeing it written down , and being a touch dyslexic , it took me ages to work out how to pronounce it.In fact I probably still haven't got it right :0)
However you want to say it here's a good description.

The first time I attempted this type of crochet was a couple of years ago. ..... 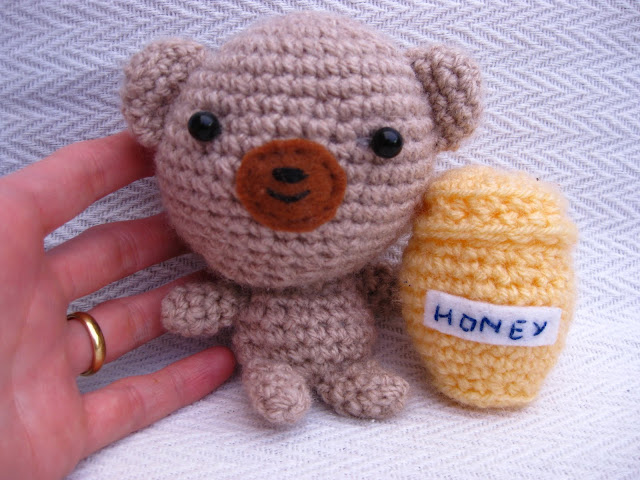 This cute little fella was made using a free pattern on the talented Anna Paula Rimolis' blog. There are currently 16 free patterns on her site , just click on patterns ,which are listed under Labels in her side bar.
This chap was quickly snapped up by my eldest ,which led to a request from the other two for their own .
So I invested in this book also by Anna.I made these two cuties.... 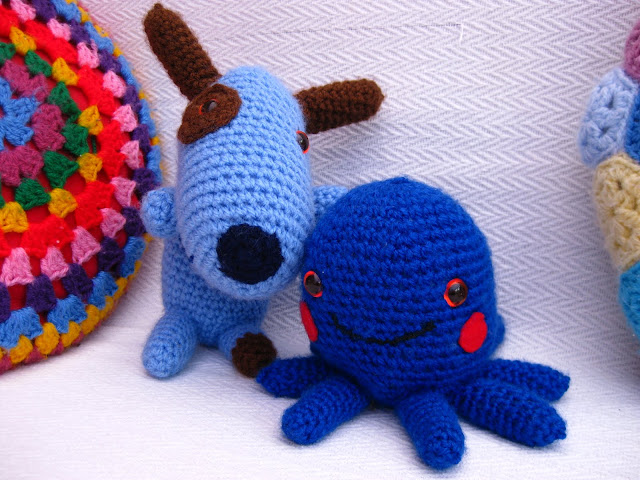 First I made the dog ...took quite a while ....all that single crochet( U.S.) worked in a spiral. There's lots of marking rounds and counting stitches.

I'm O.K. with the head and body but I must admit to getting a bit fed up with the fiddly limbs and ears....there's so many of them .Eleven separate parts for the dog.The Octopus cured me of Amigurumi for a LONG time, even though it had less parts , making eight identical legs was rather tedious :0).... 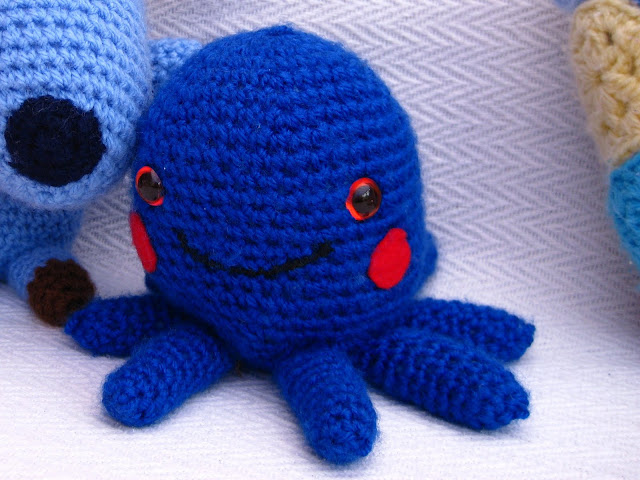 That said ,I do like these cute creatures so I wanted to have another try.My baby bunny is simple....just 4 parts as I made the head and body as one piece and didn't bother with any limbs ..... 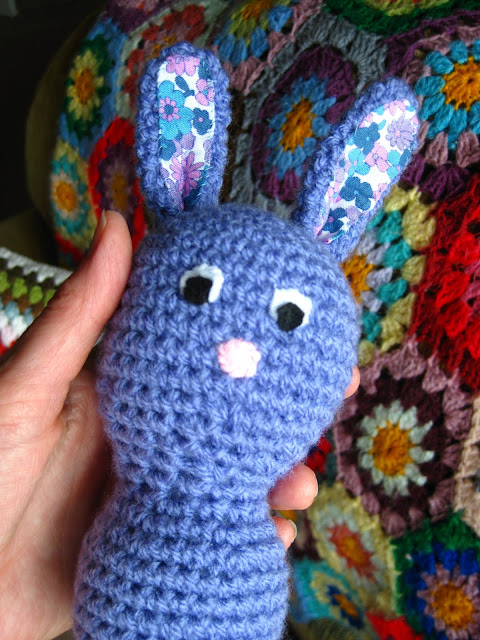 I think she still looks cute and is very simple to make . I'll be including some tips in my tutorial for those who haven't done this type of crochet before .Hopefully she's an ideal first Amigurumi project .
Jacquie x
Posted by Jacquie at Monday, April 04, 2011