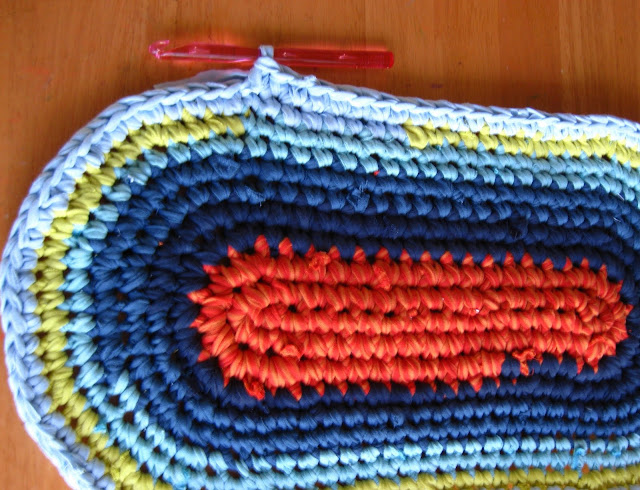 Hello Lovelies ,
thank you for your comments on my ten facts. Lots of you were interested in my rag rug project. I'm making it using old T. shirts . I started this ages ago and like so many projects ,it's been put to one side and rather forgotten about . So Thank you lovelies for making me look at again and hopefully get further on with it, if not completed :0)

It's a great recycling project . I only use old T. shirts that are too damaged or stained to be passed on..... 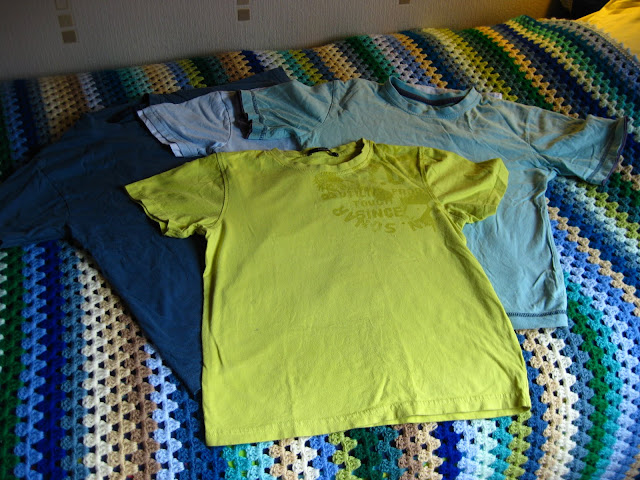 I then turn them into one long strip of "yarn" using this great tutorial I found..... 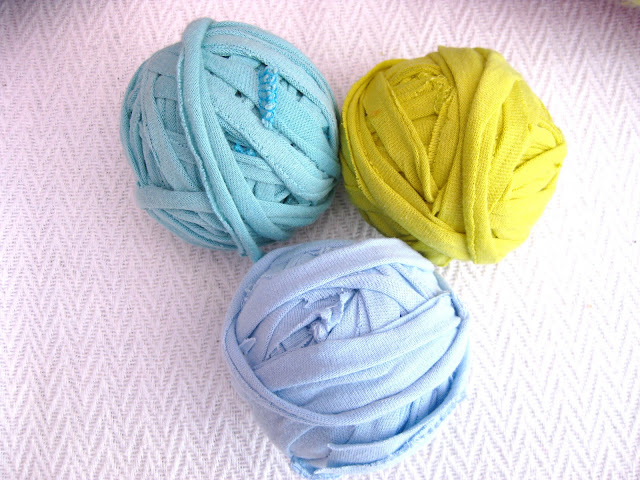 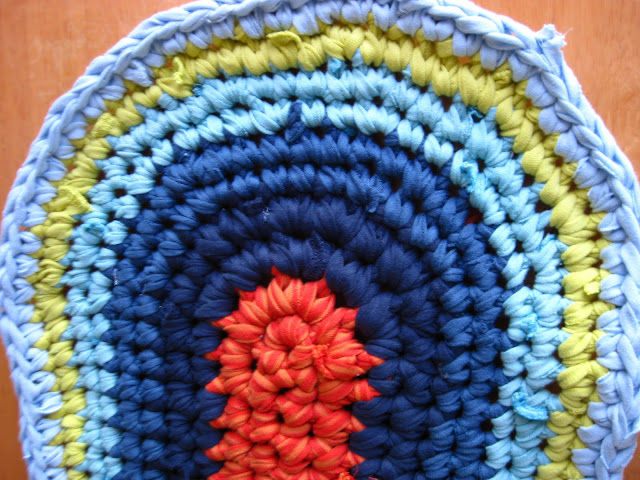 It's made using single crochet (U.S. term) and worked in a continuous spiral i.e. no joining rows...just keep going .

There are some lovely examples of these rugs on Flickr that originally inspired me, like this one, and this one and this one.
These are not all made using T. shirts . People often use any fabric they have ...including vintage sheets ...yikes that would be too upsetting for me ,but I suppose if they are very worn it's a good way to make use of them.

It is different from working with standard yarn . I'm right handed and the yarn in my left hand tends to get too tight as it does not slide well so I have too keep loosening it . Also these rugs get pretty heavy fairly quickly . Mines only about one foot by two feet so far and it's already quite weighty so I'm finding it easier to work sitting at the table so that it's supported. 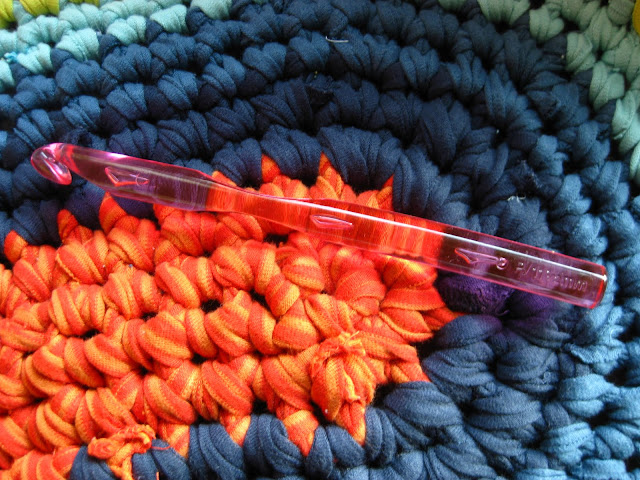 I don't have a pattern . I'm just adding enough increases on the curved edges to keep it flat. It could end up a little uneven but we'll see :0)
I've got plenty more T.shirts ready to make into yarn and hopefully now I've shared this project with you lovelies I'll feel inspired to get on with it so I can show you the finished product.
If you are in the U.K. I hope you enjoying the long weekend despite the weather. Ummm .........looks like it could be brightening up here  :0)
Jacquie x
Posted by Jacquie at Monday, May 30, 2011